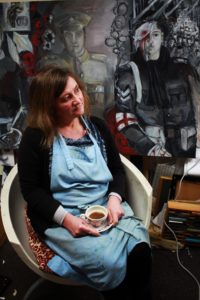 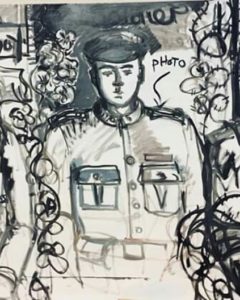 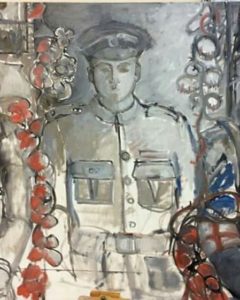 I consciously went for grey tones so that the red would represent the tragic deaths of so many young men. Also, it allowed me to connect each portrait in this triptych by flowing the red through bunting, to poppies, to blood. The poppies remerge in the final part of the triptych as barbed wire flowers, then wrapped as a crown of thorns on the helmet of the soldier in the final days of the First World War. The wound in the middle of his hand is also deliberately symbolic. 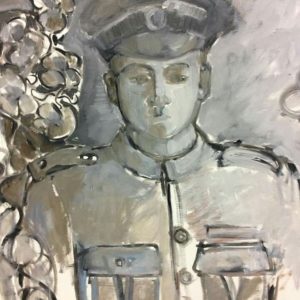 The painting was completed in the Wellington Road Studios in Oxton during a four-month period beginning in February and completing in June 2018. It is painted in oils on cotton canvas. The size is .2.5 metres by 1.5 metres.

Reference materials and inspiration for this painting were: 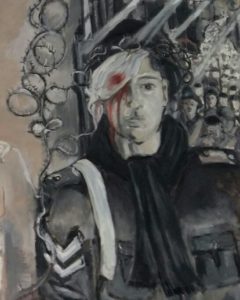